James H. Sills, III has over 30 years of Banking and Technology Management experience. His background includes a unique combination of executive experience within large-scale banking operations, community banks, and 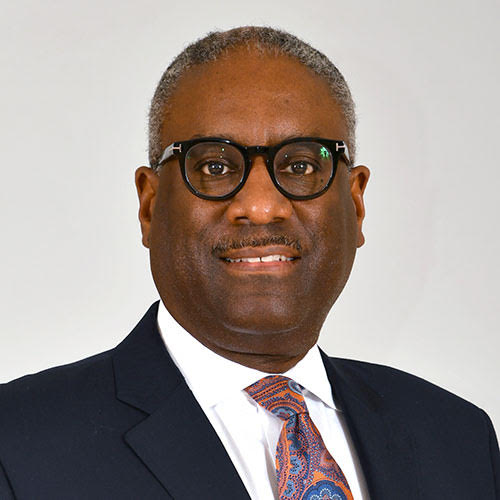 Mr. Sills has served as the President and CEO of M&F Bank and M&F Bancorp, Inc. since 2014.  Prior to this position, Mr. Sills was appointed by Delaware Governor Jack Markell as the Cabinet Secretary and Chief Information Officer (CIO) for the State of Delaware, Department of Technology and Information in January 2009.  Mr. Sills was responsible for providing strategic direction and management for information technology operations supporting over 34,000 end users.  In 2014, Mr. Sills was selected IT Executive of the Year by Government Technology Magazine.

Prior to starting his own company in 2007, Mr. Sills was an Executive Vice President of MBNA America Bank (now Bank of America), the largest credit card institution in the world. In this capacity, he served as the Director of Corporate Technology Solutions for the $80 billion US Card Division.

Mr. Sills received a Bachelor of Arts from Morehouse College in Atlanta, GA and Master’s Degree in Public Administration from the University of Pittsburgh. He is also a graduate of the University of Wisconsin School of Banking.

You are now leaving M&F Bank

M&F Bank provides links to web sites of other organizations in order to provide visitors with certain information. A link does not constitute an endorsement of content, viewpoint, policies, products or services of that web site. Once you link to another web site not maintained by M&F Bank, you are subject to the terms and conditions of that web site, including but not limited to its privacy policy.

You will be redirected to